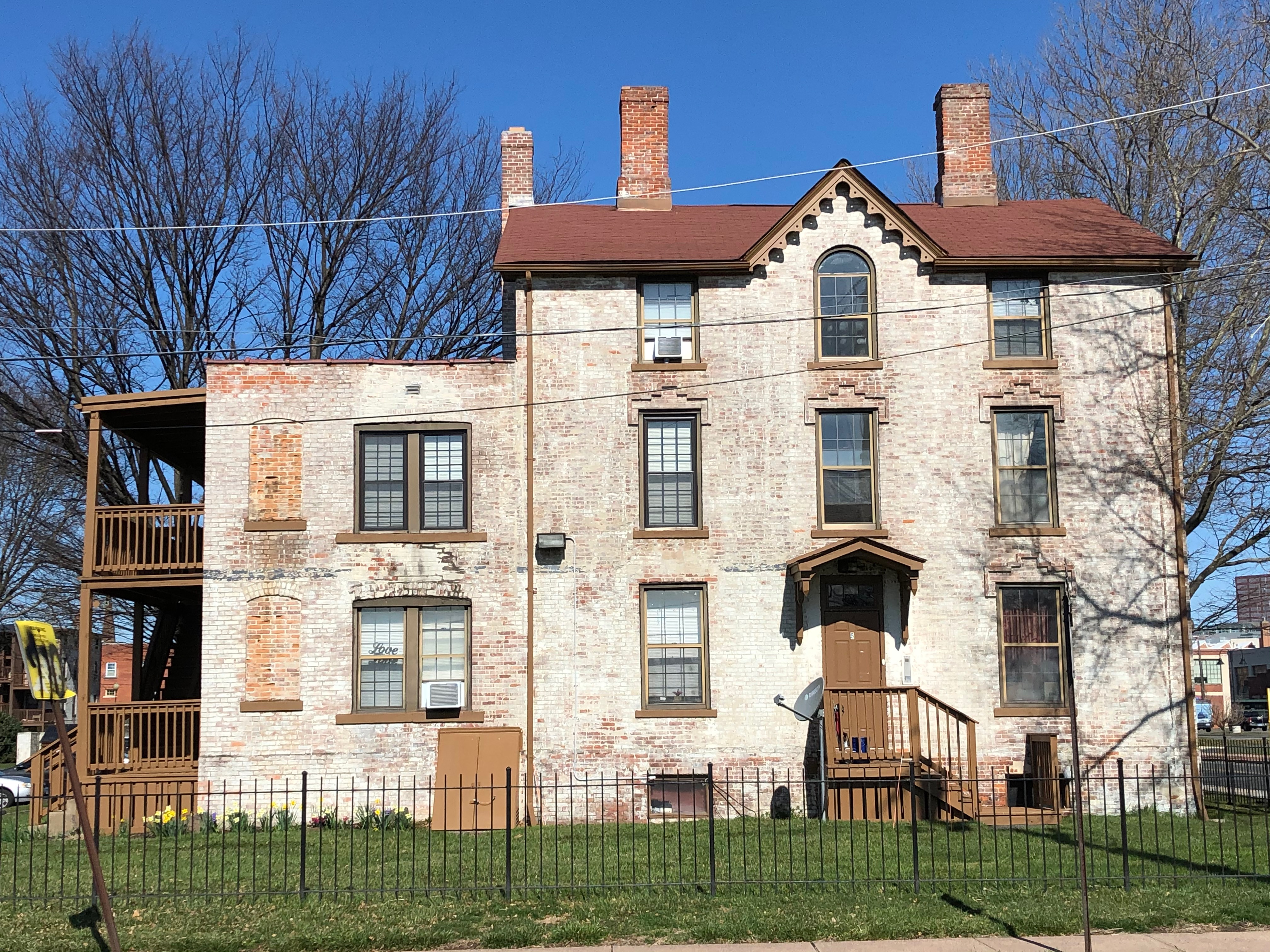 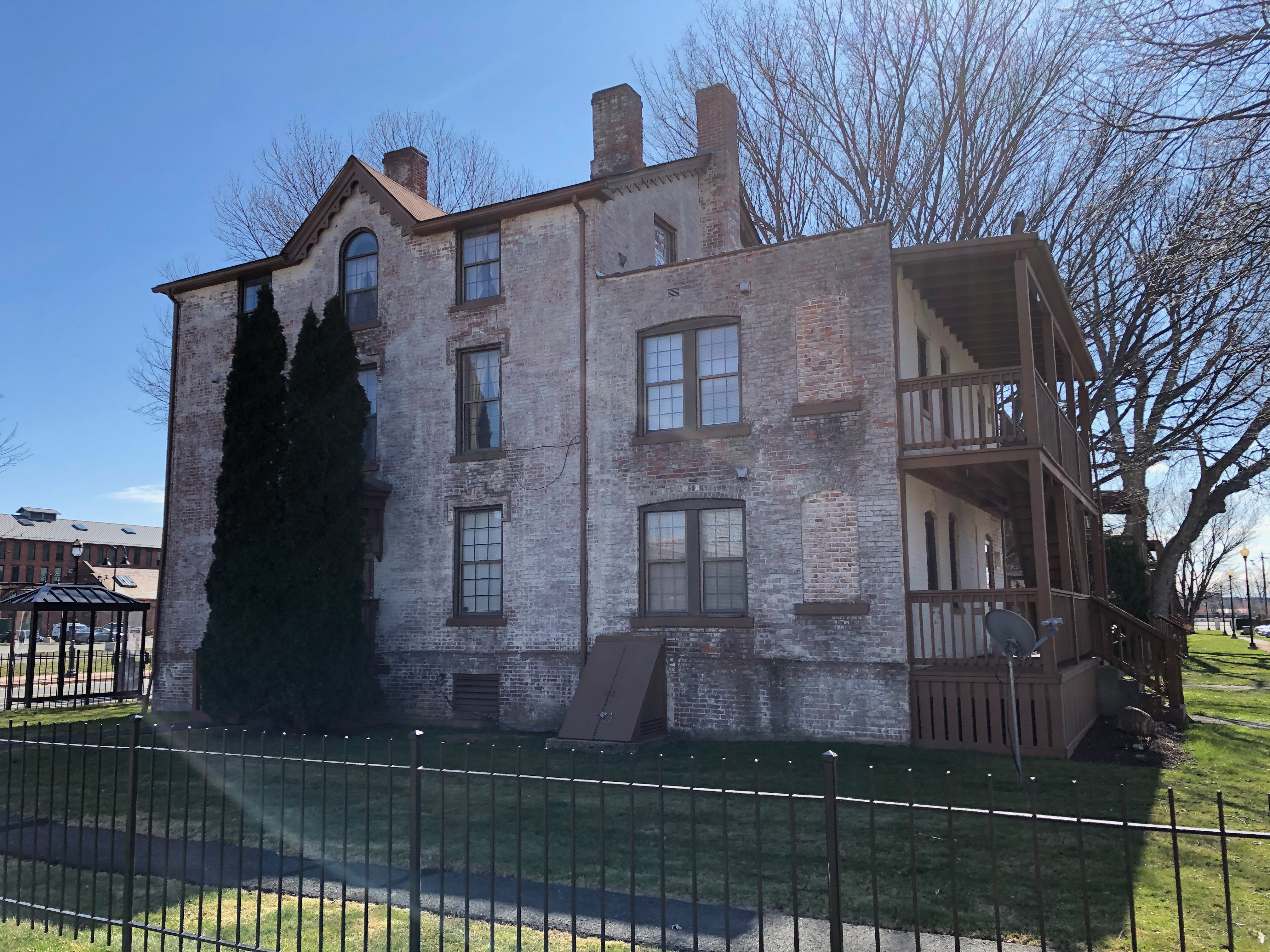 The houses were built to provide privacy and green space for the employees. Photo Credit: NPS Digital Photo

The Worker Houses are private residences and are not open to the public. Please be respectful of the current members residing in this community.

The Worker Houses, located on Huyshope Avenue and Van Block Avenue, were built in 1856 to provide housing for employees at Colt's Patent Fire Arms Manufacturing Company.

Samuel Colt believed that by building housing near the factory and providing recreational opportunities, he would be able to employee and retain skilled workers at his factory. In the late 1850's Colt built twenty houses behind the factory that could house up to 145 families.

To provide a sense of privacy and ownership, trees were planted along the streets and fences were erected. The houses reflect Colt's paternal nature for his employees by ensuring that they had access to fresh air and open spaces for recreation. This design benefited for the workers, but also for Samuel as it increased their productivity.

Aside from providing his workers with a place to live, Colt built various recreational facilities including a beer hall and Charter Oak Hall (a community center). Here workers were able to read books and newspapers, hold gatherings, host exhibits, and where the Colt Armory Band gathered.

During World War II, the ten houses farthest from the factory, were demolished to build a parking lot for the expanding employee workforce.

In 1976 they were designated a part of the Colt Industrial District in the National Register of Historic Places and in 2008 they became contributing buildings to the Coltsville Historic District which is registered as a National Historic Landmark District. in 2014, Congress authorized the creation of Coltsville National Historical Park which includes the Worker Housing.

Click the flag on the map for directions to the next stop.

You must have an internet or cellular connection to use Google Maps.
Travel Mode: