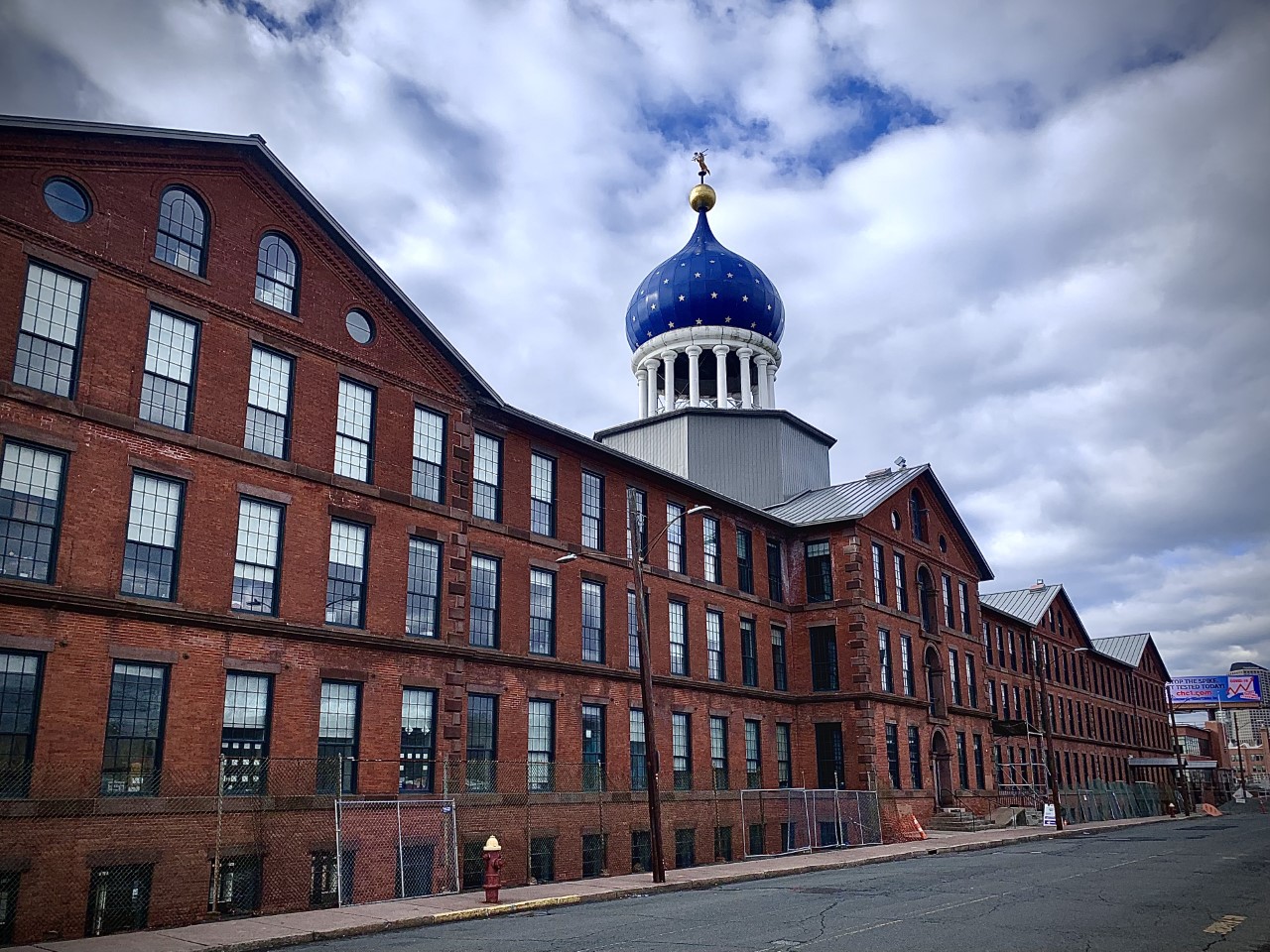 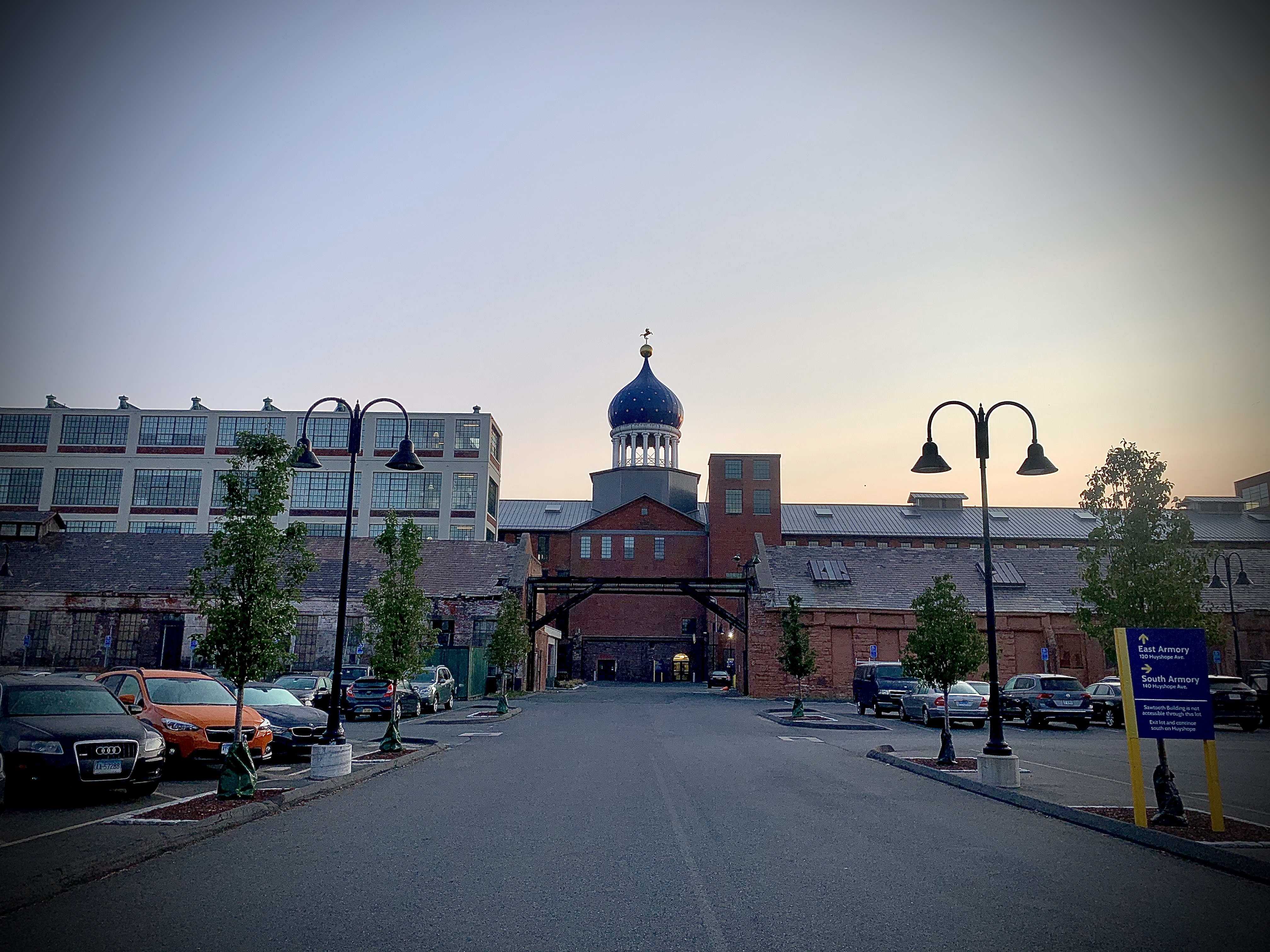 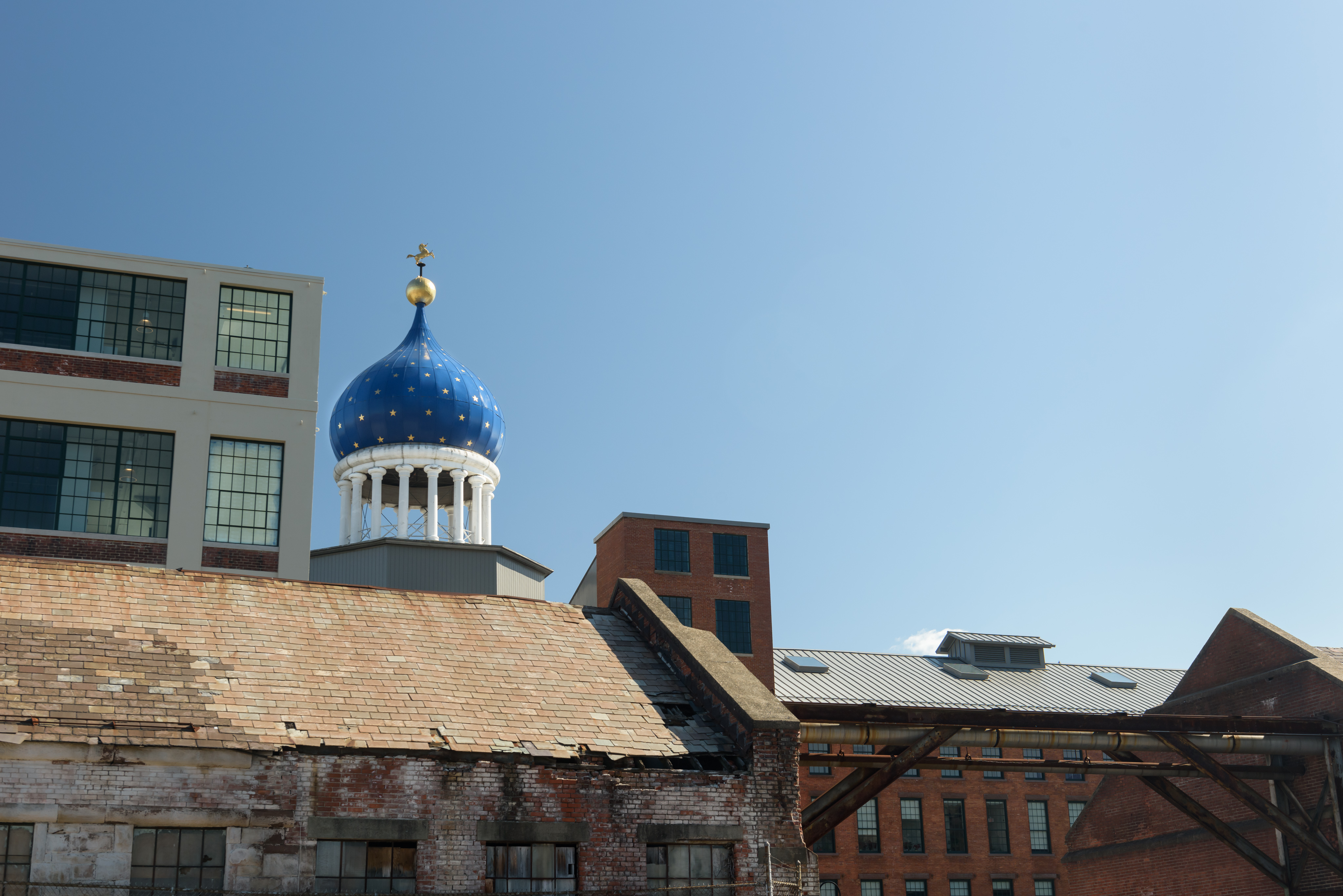 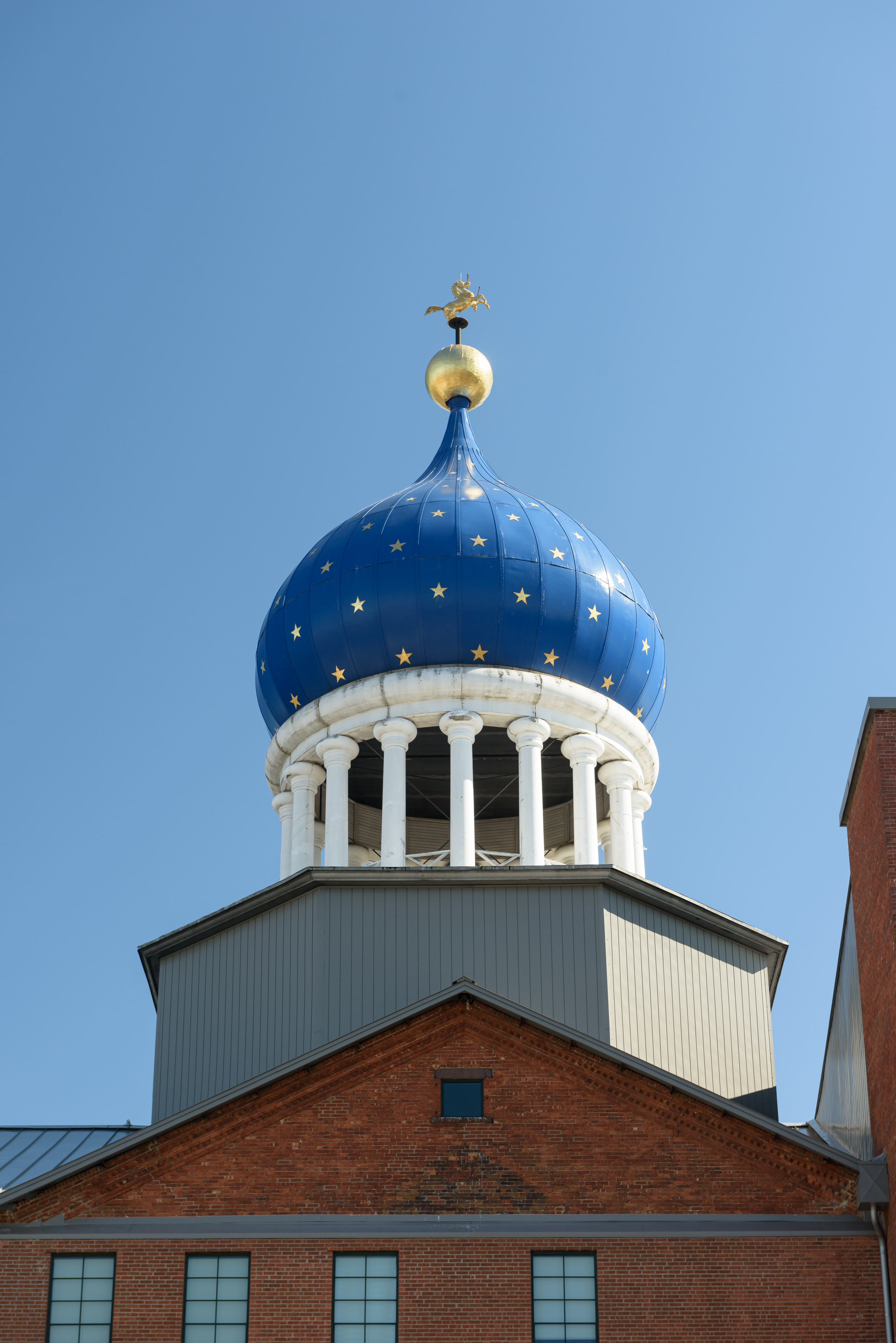 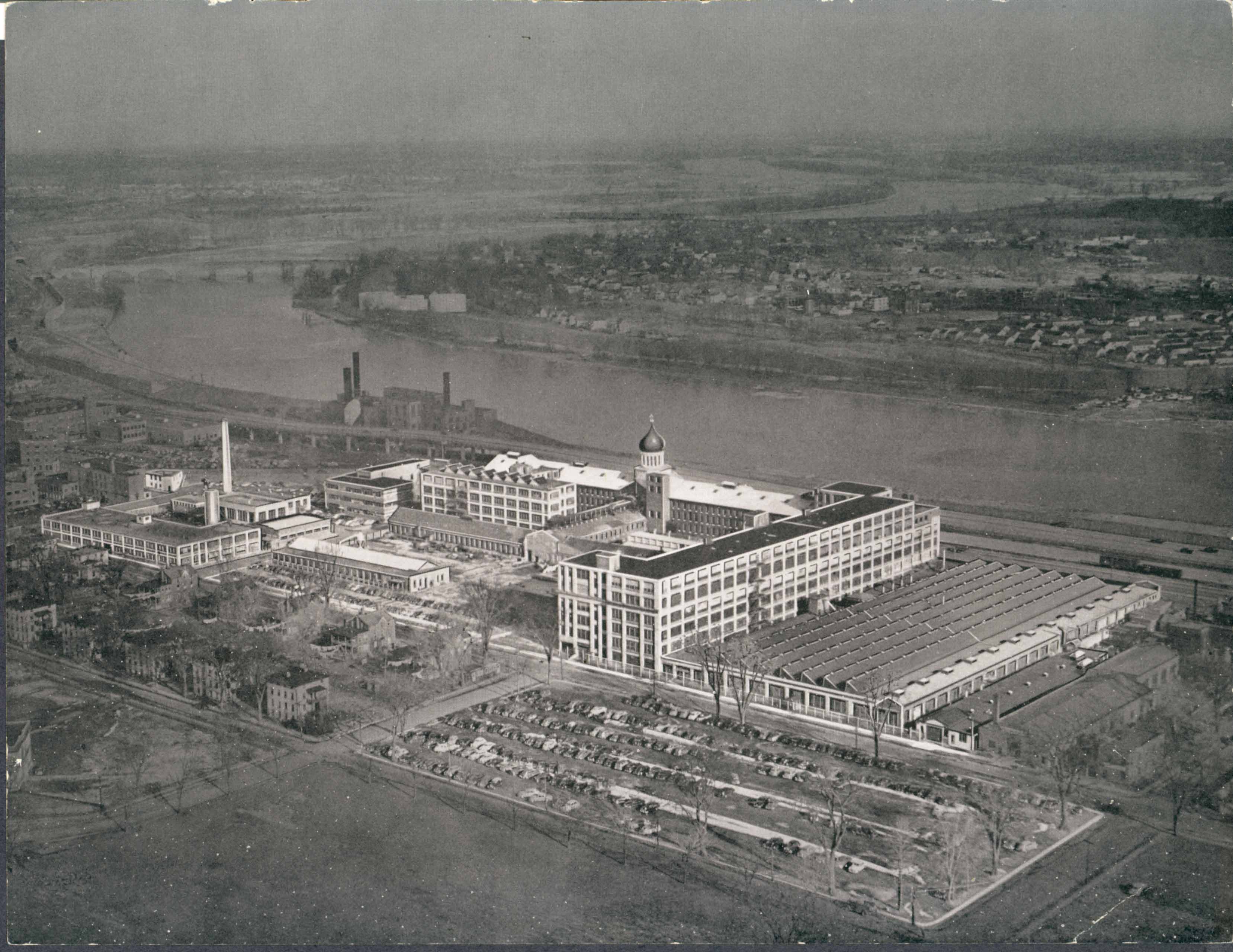 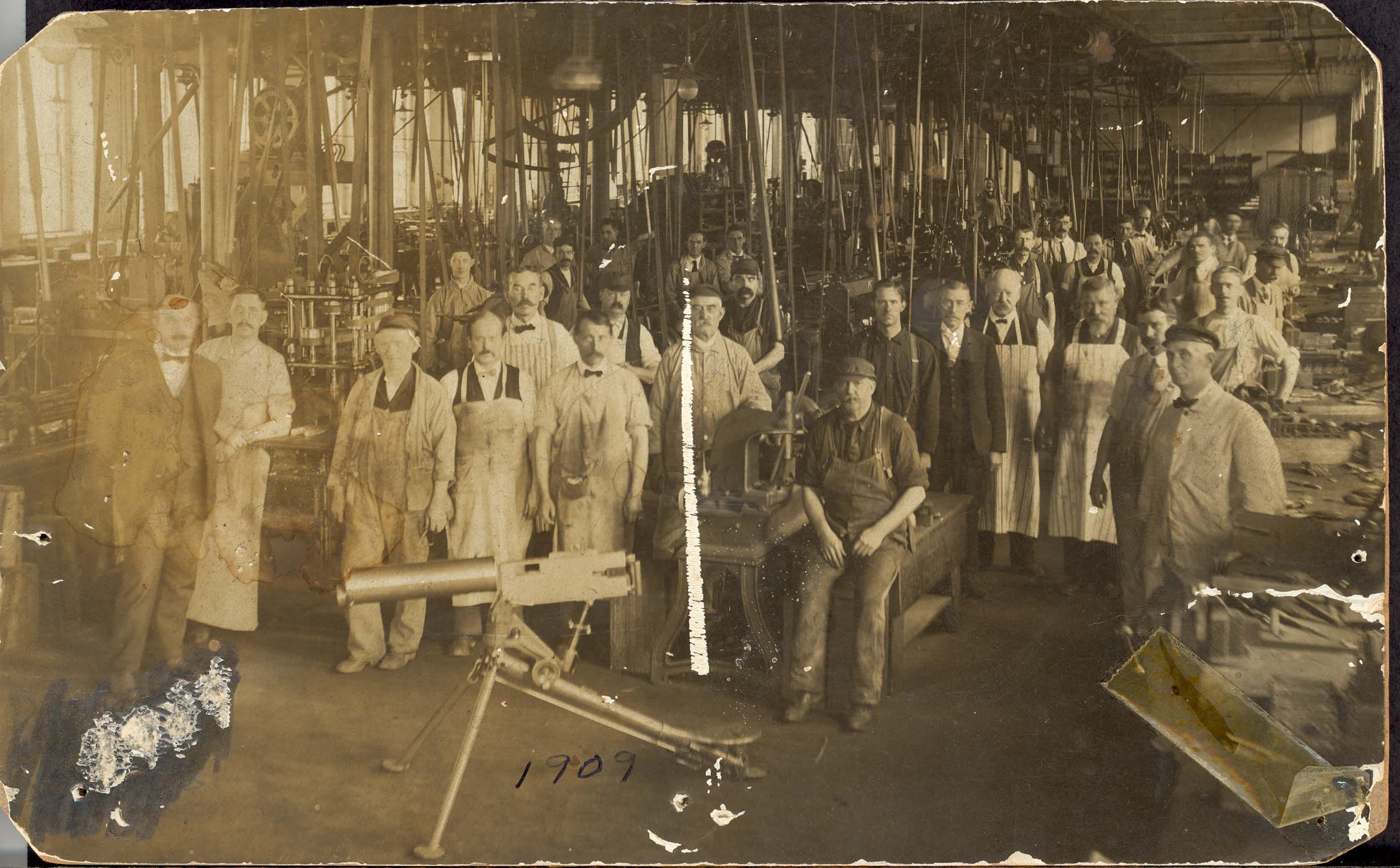 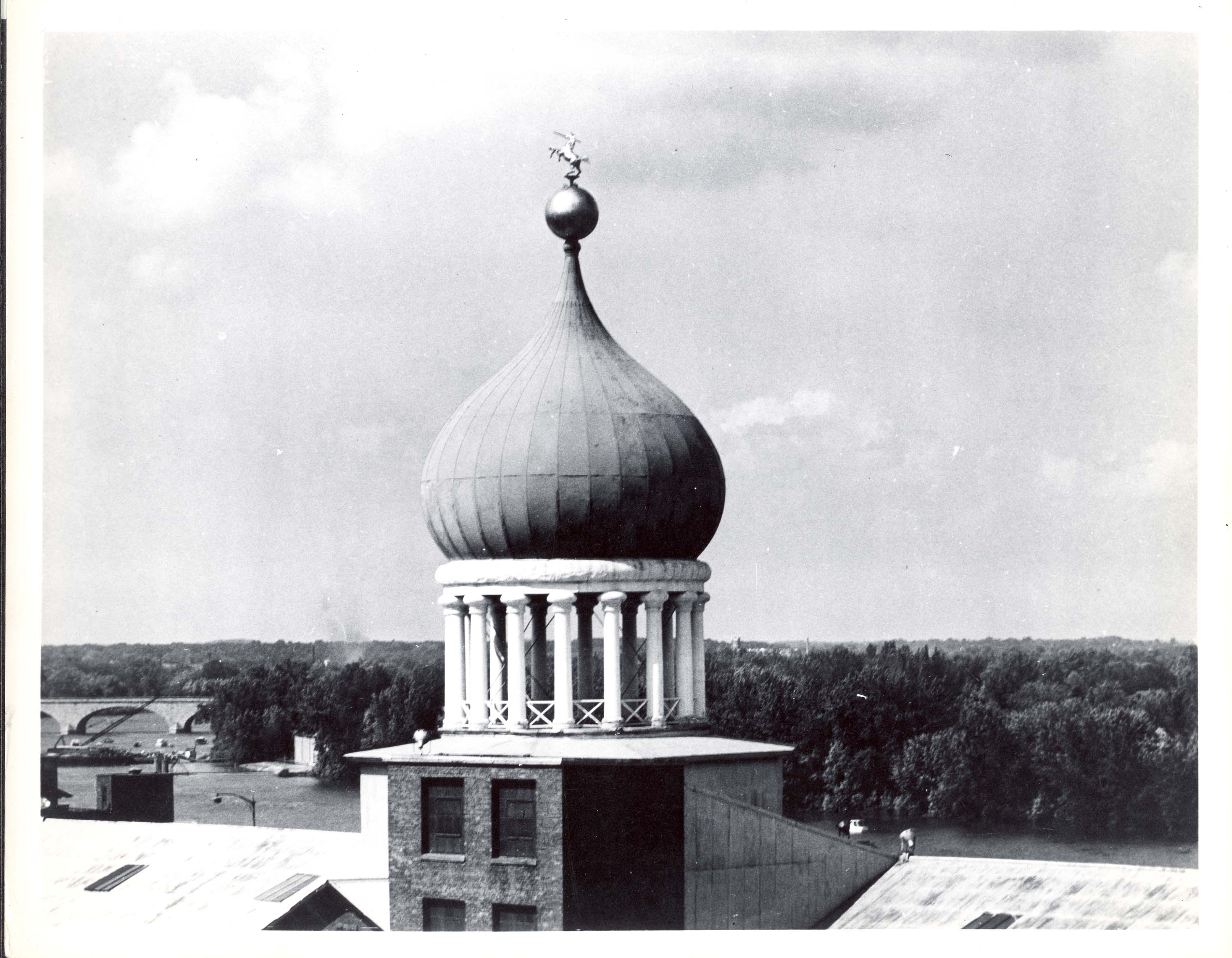 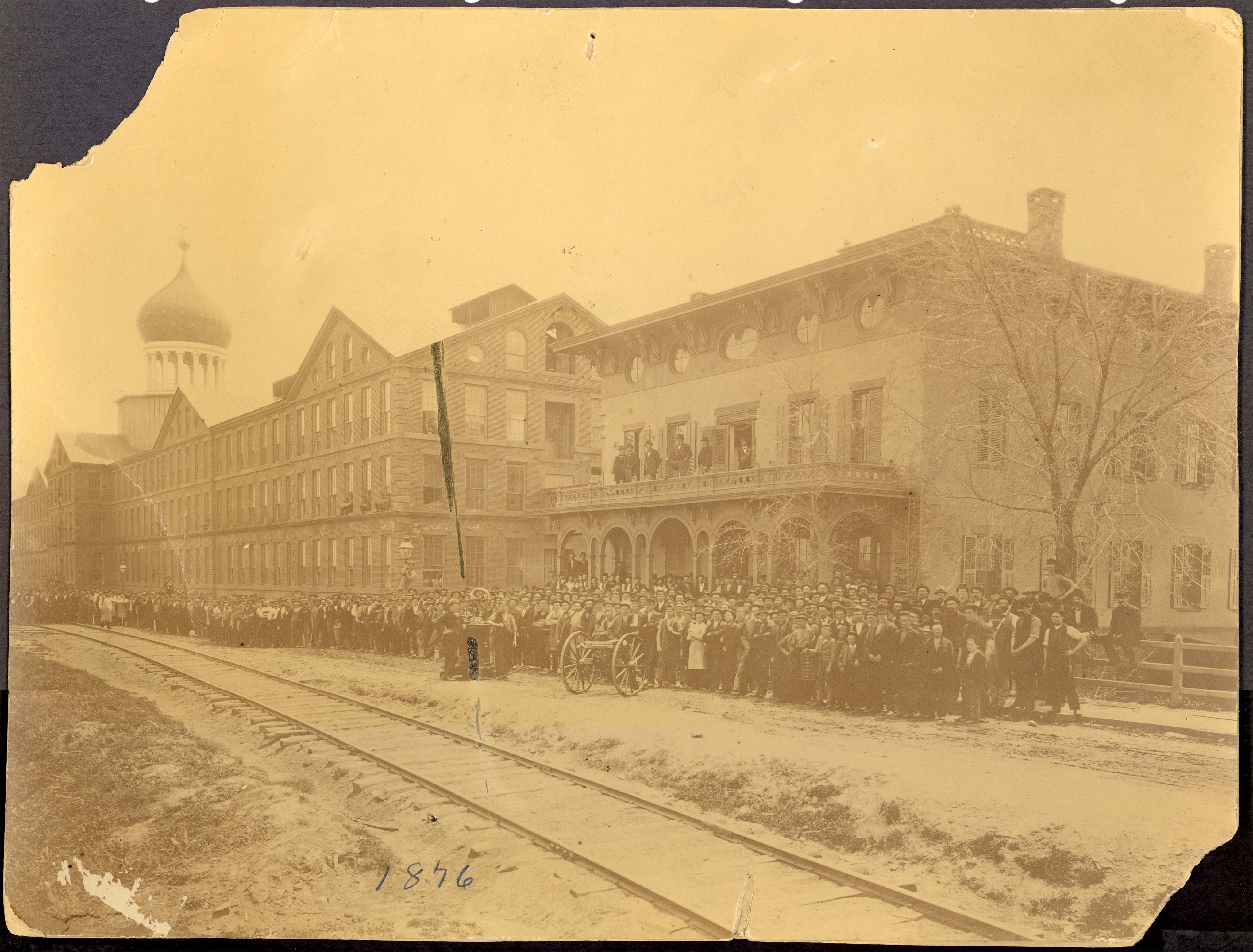 The East Armory and Dome are not open to the public and the National Park Service is not conducting tours at this time due to safety, liability and accessibility reasons.

The East Armory is easily recognizable in the Hartford Skyline by the Blue Onion Dome and Rampant Colt. Samuel, inspired by his trips to Russia, reproduced the Onion Dome style and added his own flair by adorning it with a Rampant Colt. The Colt seen atop the Armory is a replica of the original that was destroyed in a fire.

In 1851 Samuel began purchasing land in South Meadows. By 1855 the Colt's Patent Fire Arms Manufacturing Company was built and producing firearms. By 1857 it was producing 150 finished weapons a day.

Samuel spent most of his time focusing on perfecting precision machinery, designing and producing new arms and ensuring that patents and infringements were aptly dealt with. With the onset of the American Civil War in 1861, Colt’s business was booming. One year into the war, Samuel, unexpectedly passed away.

On February 4th, 1864, tragedy struck the Colt family. In the middle of the Civil War, when Colt was the nation’s largest producer of munitions, a fire broke out in one of the buildings. Even with people fighting the blaze, the fire quickly spread and within minutes entire floors were ablaze. Shortly after 9am the blue dome would crash to the ground as Elizabeth watched.

Over half of the factory burned to the ground, but Elizabeth having foresight, had taken out an insurance policy and rebuilt. Since completing the rebuild in 1867, the Blue Dome has graced the Hartford skyline.

Today, the East Armory is owned by Colt Gateway LLC and is leased out as office space and apartments. Other buildings contain an art academy, the office of a Senator, a cafe, and software development company.

While we are unable to conduct tours of the Dome at this time, please check out our virtual 3D Dome Tour that provides a view of the City of Hartford from inside the Dome!

Click the flag on the map for directions to the next stop.

You must have an internet or cellular connection to use Google Maps.
Travel Mode: